Canal flows from Otsu in Shiga Prefecture to Yamashina in Kyoto, Okazaki and flows along the Kamogawa River, flows down Sanjo, Shichijo, Fushimi, Uji River. Utilizing its water transport, logistics has also been activated, and the economy of Kyoto at that time was said to have improved considerably. 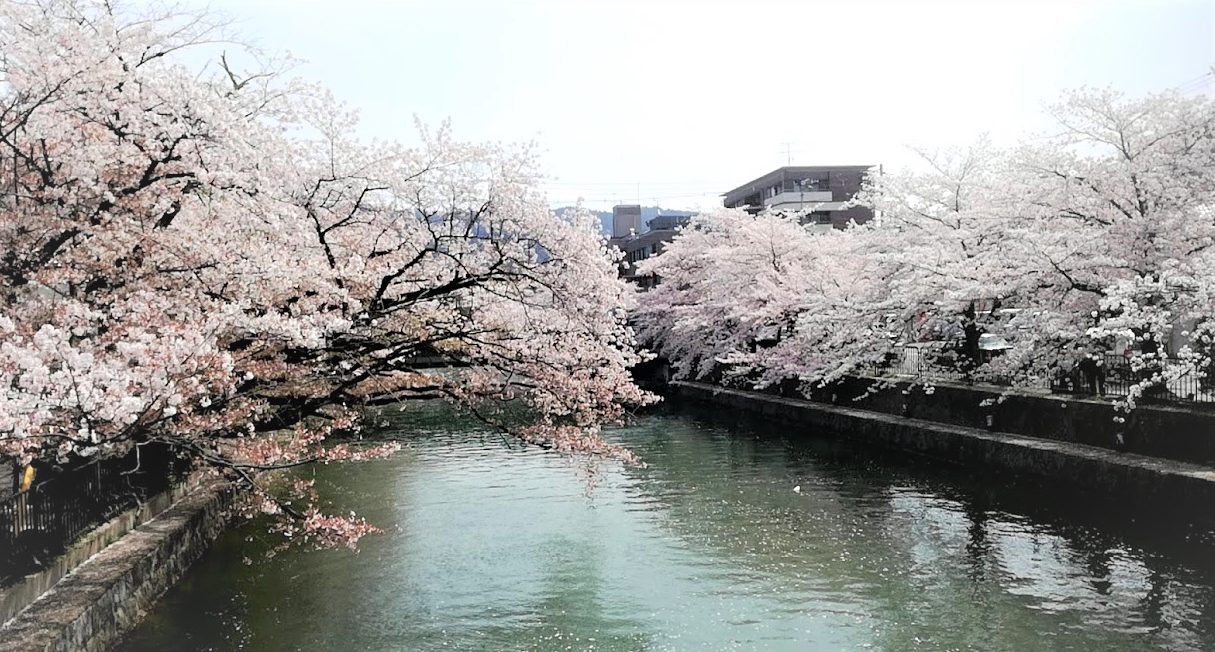 Okazaki canal is famous as a cherry blossom spring in spring. Near the Heian Shrine, around the Okazaki Park you can take a trip on boat “Jikkoku-sen”

It is Yebisugawa Power Station in Spring. Cherry blossom petals are spread over the Okazaki canal. 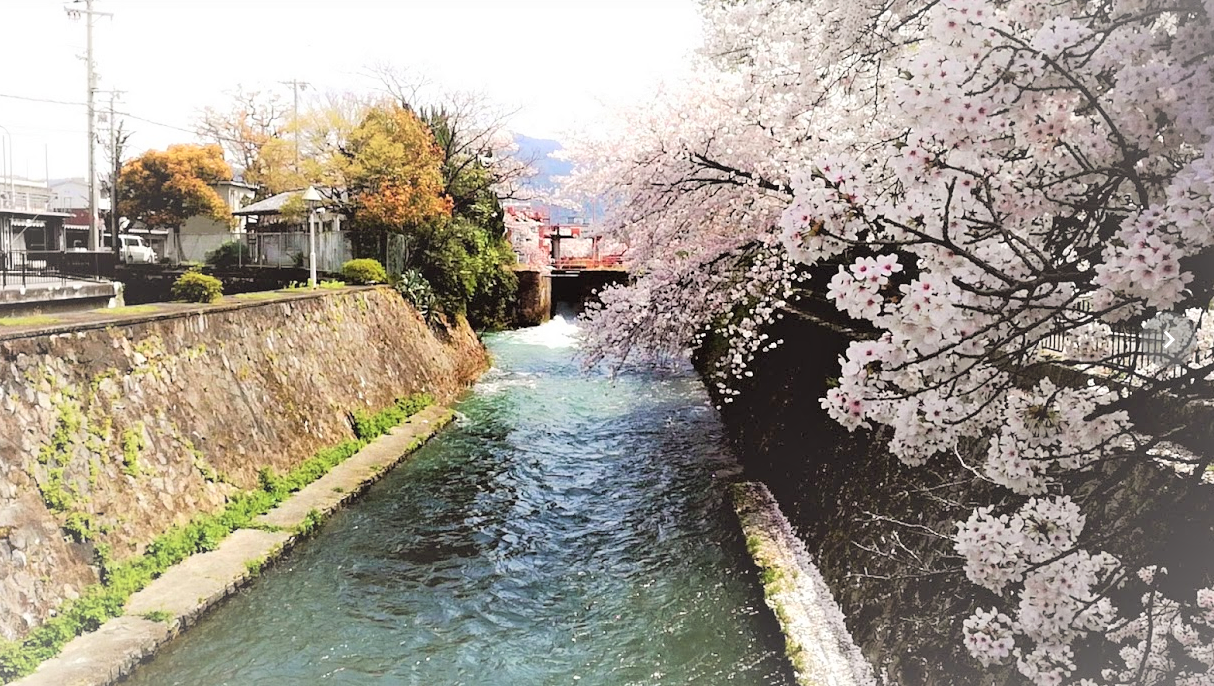 It is a canal downstream of the Yebisugawa power station. The water flowing out after turning the turbine is vigorously flowing out. 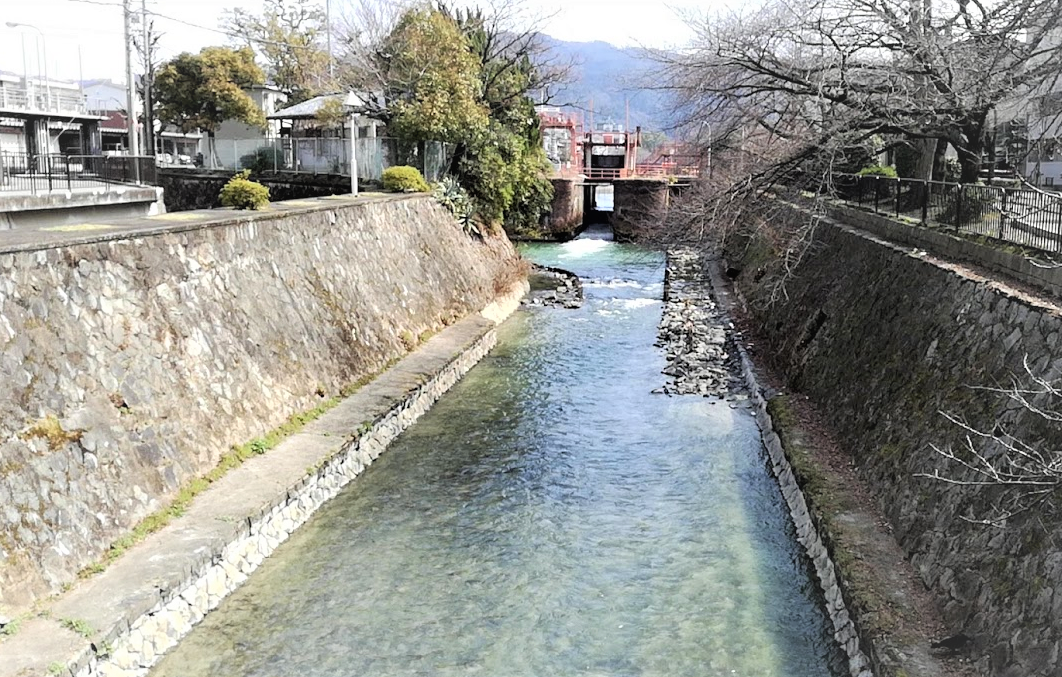 This picture is from the spring of 2018. Construction is being carried out to scoop the soil at the bottom of the Okazaki canal, and the amount of water in the canal is intentionally reduced. 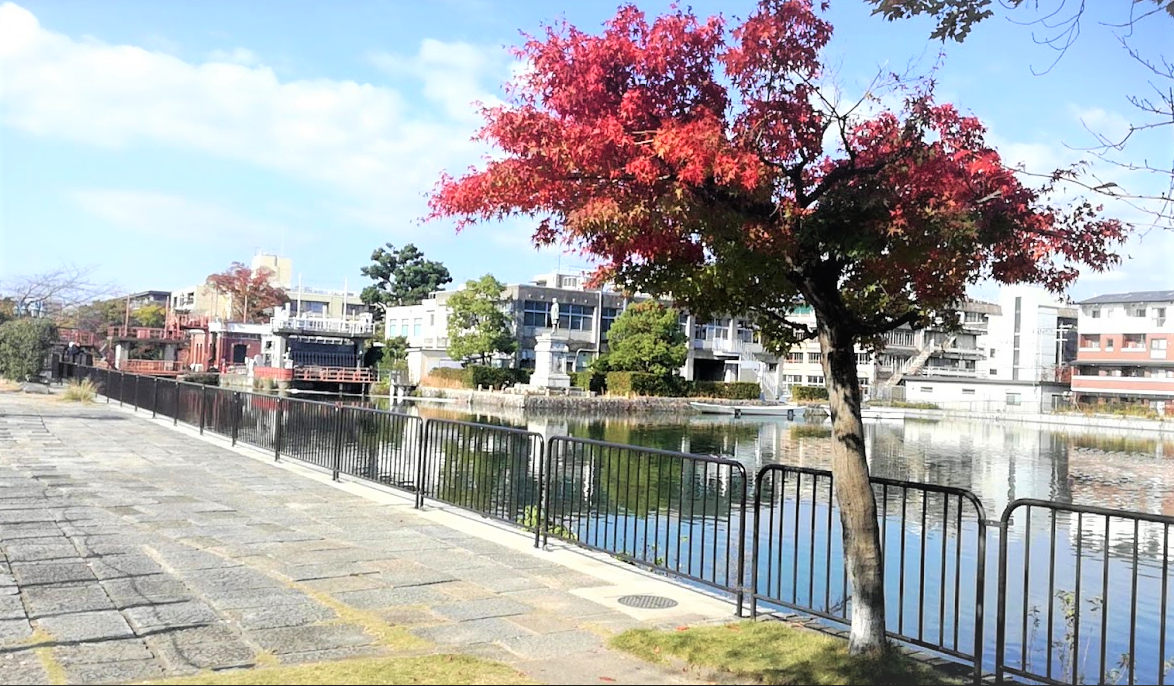 It is Yebisugawa Power Station in Autumn. Maples are also famous. 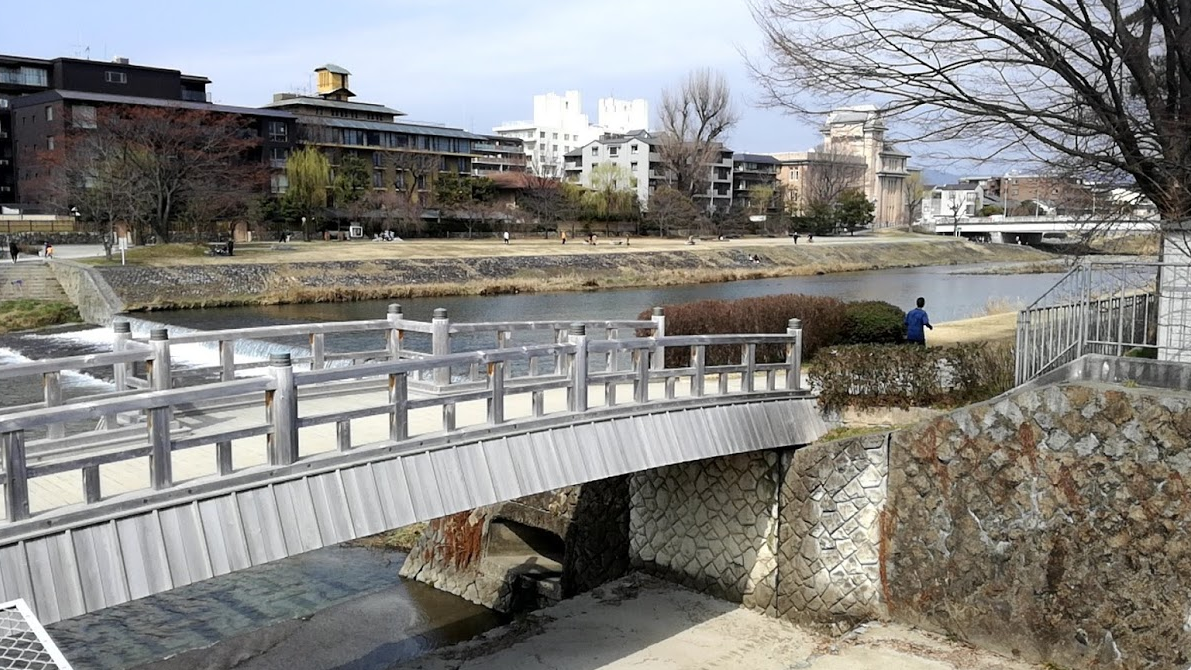 It is a “Reisen water outlet”. Normally it will not be discharged to Kamogawa River from here. Along the Kamogawa River, the Canal south goes down, passes through Sanjo, Shichijyo, Fushimi-Ku Inari, Sumizome and flows to the Uji River. 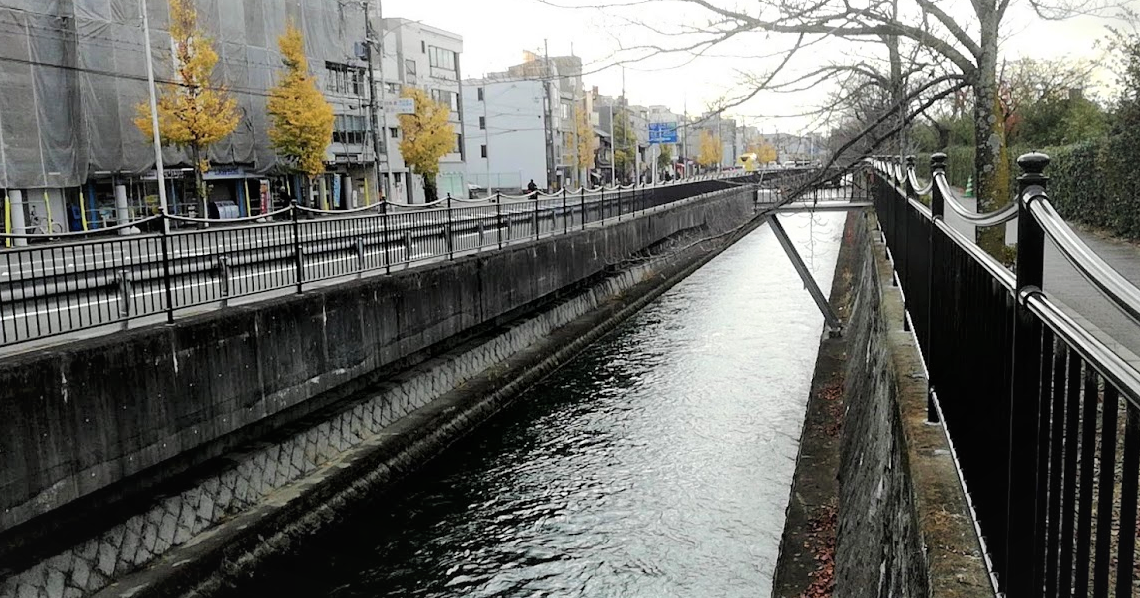 This canal will continue until Fushimi.

スポンサー リンク
Kyoto Gyoen National Park in December 2018
Can you read the address of Kyoto?